The Iliad & The Odyssey (Abridged / Paperback) 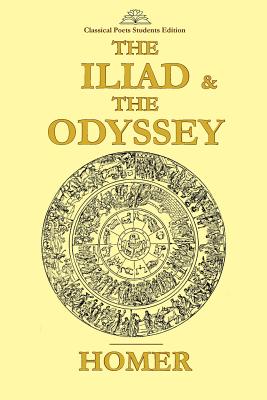 "Sing, Goddess, sing..." Homer's two epic poems have formed the basis of Western education since antiquity and survive today as enthralling tales of magnificent gods, legendary heroes, daring adventures, and mythical creatures. Their beautiful language and stories impart timeless themes. In this edition, you get: -The original Greek poems abridged and translated into plain English. -Excerpts of the revered poetic translation by 18th century English poet Alexander Pope at the beginning of each chapter. -An introduction, map, glossary, and annotations with key information.

Homer lived around 2,700 years ago in ancient Greece. He is believed to have been blind, passing down his two epic poems orally. Little else is known about him.