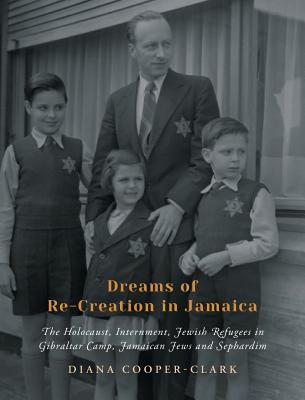 Diana Cooper-Clark has written a book that uncovers a 'hidden' history in the Holocaust narrative. The stories of seventeen Holocaust survivors who escaped to Jamaica and who are among the last eyewitnesses to the Shoah are inspiring. As well, she reveals the involvement of Jamaican Jews with the refugees and the Holocaust, and the virtually unknown story of the killing of Caribbean Jews in Nazi concentration camps. In addition, Dreams of Re-Creation in Jamaica has dozens of never before published photographs shared by the Jewish refugees. This book also sheds light on the Sephardim and their marginalization in the history of Hitler's extermination policies. These compelling tales bring together World War II, Jewish refugees and Jamaican Jews, stories that have previously slipped through the cracks of history. As a child of six years old in Jamaica, Cooper-Clark read a book about the Nazi, Karl Eichmann, thus changing her life. She swore to spend the rest of her life bearing witness to the Holocaust. For everyone inspired by survival stories, and the triumph of life over death for both individuals and communities, this book is a must-read.