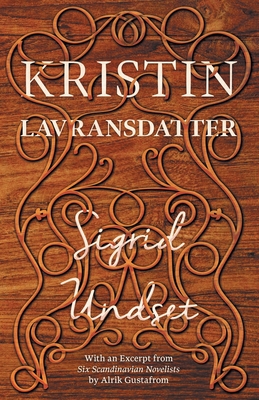 Immerse yourself in the tumultuous story of head-strong Kristin as she battles through life in medieval Norway. From the beloved Norwegian author Sigrid Undset, this richly detailed trilogy features all three books in the Kristin Lavransdatter series.

Set in 14th-century Norway, Kristin is rebellious and determined to live by her own rules, often disobeying her parents and ignoring others' warnings. From forbidden love to balancing motherhood with inner conflict, this trilogy follows Kristin from birth to death in The Garland, The Mistress of Husaby and The Cross.

Within this work, Sigrid Undset beautifully captures the political and religious undertones of Norwegian society at the time, writing in the lyrical style often found in 20th century modernist work. Themes of conflict, politics, sin and redemption are intricately woven into this historical fiction trilogy that led to Undset being awarded the Nobel Prize for Literature in 1928.

Bringing three classics to life in an exciting trilogy edition, Read & Co. Books has republished Kristin Lavransdatter complete with an excerpt from Six Scandinavian Novelists by Alrik Gustafrom. This volume is a must-read for those with an interest in medieval Scandinavia.