The Book of Enoch (Paperback) 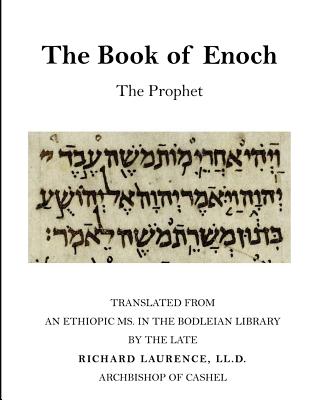 The Book of Enoch - The Prophet - Translated from an ethiopic MS. In the Bodleian Library. COMPLETE EDITION The Book of Enoch is an ancient Jewish religious work, ascribed by tradition to Enoch, the great-grandfather of Noah, although modern scholars estimate the older sections (mainly in the Book of the Watchers) to date from about 300 BC, and the latest part (Book of Parables) probably to the first century BC. It is not part of the biblical canon as used by Jews, apart from Beta Israel. Most Christian denominations and traditions may accept the Books of Enoch as having some historical or theological interest or significance, but they generally regard the Books of Enoch as non-canonical or non-inspired. It is regarded as canonical by the Ethiopian Orthodox Tewahedo Church and Eritrean Orthodox Tewahedo Church, but not by any other Christian group. It is wholly extant only in the Ge'ez language, with Aramaic fragments from the Dead Sea Scrolls and a few Greek and Latin fragments. For this and other reasons, the traditional Ethiopian belief is that the original language of the work was Ge'ez, whereas non-Ethiopian scholars tend to assert that it was first written in either Aramaic or Hebrew; Ephraim Isaac suggests that the Book of Enoch, like the Book of Daniel, was composed partially in Aramaic and partially in Hebrew.:6 No Hebrew version is known to have survived. It is asserted in the book itself that its author was Enoch, before the Biblical Flood.