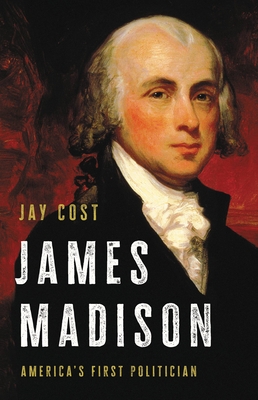 An intellectual biography of James Madison, arguing that he invented American politics as we know it

How do you solve a problem like James Madison? The fourth president is one of the most confounding figures in early American history; his political trajectory seems almost intentionally inconsistent. He was both for and against a strong federal government. He wrote about the dangers of political parties in the Federalist Papers and then helped to found the Republican Party just a few years later. This so-called Madison problem has occupied scholars for ages.

As Jay Cost shows in this incisive new biography, the underlying logic of Madison’s seemingly mixed record comes into focus only when we understand him primarily as a working politician. Whereas other founders split their time between politics and other vocations, Madison dedicated himself singularly to the work of politics and ultimately developed it into a distinctly American idiom. He was, in short, the first American politician.

Jay Cost is a visiting scholar at the American Enterprise Institute and has written for the Wall Street Journal, National Review, and Commentary. He holds a PhD in political philosophy from the University of Chicago. The author of The Price of Greatness and A Republic No More, he lives in western Pennsylvania.

“Cost (The Price of Greatness, 2018) emphasizes Madison’s role as politician, founder of the Democratic-Republican party, and a man of profound principle who shepherded the Bill of Rights to ratification, but who understood the necessity for change and compromise, such as his reversal on the issue of a national bank.”—Booklist

"In this profound and clarifying biography, Jay Cost shows how some familiar Madisonian contradictions can be reconciled by grasping that James Madison’s practice of politics was devoted to the same great cause as his theories of politics: the challenge of reconciling differences in a diverse republic. That is very much our challenge now, and this is a book with much to teach today’s America."—Yuval Levin, author of A Time to Build

Jay Cost, whose University of Chicago PhD in political philosophy has been supplemented by years of close attention to Washington politics, is the perfect person to decipher Madison’s long career in the public arena. It involved many supposed, but few actual, contradictions. The most intellectually supple and sophisticated of the Founders, Madison exemplified, more than any major political thinker ever has, the unity of theory and practice: His political thinking informed his political vocation, which required continuous accommodation of principles to realities.—George F. Will, author of The Conservative Sensibility

“An exciting new examination of the life and work of James Madison. Politicians are often maligned, but Jay Cost shows how Madison’s celebrated role as a constitutional founder was an extension of his larger career as a politician and a life spent trying to make the republican experiment in self-government work.”—Keith E. Whittington, author of Repugnant Laws: Judicial Review of Acts of Congress from the Founding to the Present.

“Historians have long characterized Madison as waffling or inconsistent—sometimes postulating multiple Madisons. Without sugarcoating, Jay Cost gives us a ‘single’ unified Madison who was the ‘Republican’ mean between Hamiltonian and Jeffersonian extremes—or, as Cost puts it, 'the first great American politician.' Madison fans and detractors alike will enjoy this riveting overview of his life and amazing career.”—Randy E. Barnett, Professor, Georgetown Law, and author of Our Republican Constitution: Securing the Liberty and Sovereignty of We the People