Daughters of the Night Sky (Paperback) 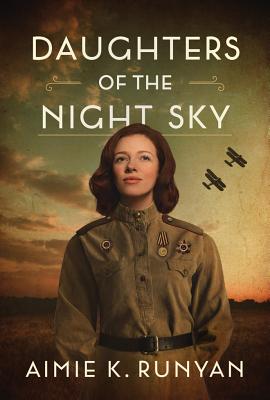 A novel--inspired by the most celebrated regiment in the Red Army--about a woman's sacrifice, courage, and love in a time of war.

Russia, 1941. Katya Ivanova is a young pilot in a far-flung military academy in the Ural Mountains. From childhood, she's dreamed of taking to the skies to escape her bleak mountain life. With the Nazis on the march across Europe, she is called on to use her wings to serve her country in its darkest hour. Not even the entreaties of her new husband--a sensitive artist who fears for her safety--can dissuade her from doing her part as a proud daughter of Russia.

After years of arduous training, Katya is assigned to the 588th Night Bomber Regiment--one of the only Soviet air units comprised entirely of women. The Germans quickly learn to fear nocturnal raids by the daring fliers they call "Night Witches." But the brutal campaign will exact a bitter toll on Katya and her sisters-in-arms. When the smoke of war clears, nothing will ever be the same--and one of Russia's most decorated military heroines will face the most agonizing choice of all.