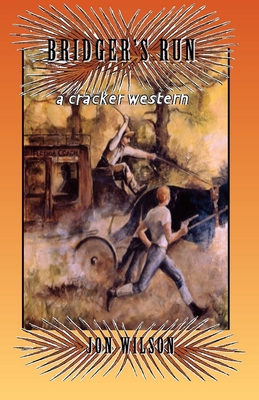 Cracker Westerns are rip-roarin, action-packed, can't-put-'em-down tales set in the frontier days of Florida. They are full of adventure, real heroes, and vivid, authentic details that bring Florida's history to life.

Tom Bridger, the handsome, cocky son of a wealthy New York businessman, has come down in 1885 to find his long-lost uncle and a hidden treasure. When he arrives in Jacksonville, he finds a rough-and-ready port town where he quickly learns a man is only as good as his fists. Though he's a city slicker who loves a game of chess and looks like an easy mark for the desperate men lurking in the shadows, Tom's also a trained boxer, lightning quick with his hands and afraid of no one. He heads west across Florida's wild frontier on the trail of the treasure, first on a riverboat to Palatka, then on a train to Ocala and Brooksville. His quick temper brings several brushes with death, including gator-filled swamps and a footrace with a stagecoach. There are villains aplenty: the wooden-legged Elijah Dicken, the slick but mysterious Mr. Satin, and the rough DeBell clan. But Bridger also finds friends in Cheese Joseph, Archie Hankins, and the lovely and feisty Miss Lily. And he finds much more than he bargained for on the deserted peninsula west of Tampa. Back in New York, his uncle Mike had trained young Tom in the art of boxing, and it all comes down to a match (London rules, i.e., no gloves) at the Point of Pines between young Tom Bridger and Bongo Jones, the Key West Slasher. The story opens with a spectacular shipwreck, and the ending tops that with the big fistfight, a riot, a death, and a surprise.