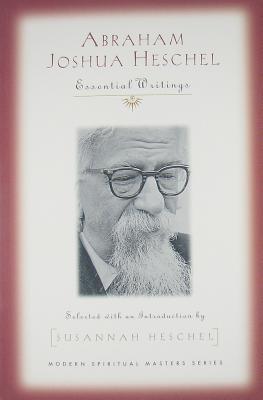 Abraham Heschel (1907-1972) was one of the great religious teachers and moral prophets of our time. Born in Warsaw to a long line of Hasidic rabbis, he chose instead to study philosophy in Germany. Expelled back to Warsaw, he escaped just weeks before the Nazi invasion and settled in the United States. Through a series of books he contributed greatly to the spiritual renewal of Judaism. But he exerted an equal influence on Christians, so much that he was called another "apostle to the gentiles." A passionate champion of interfaith dialogue, he served as an official observer at Vatican II and was influential in challenging the Catholic church to overcome the legacy of anti-Semitism. He raised a prophetic challenge to the social issues of his day, marching with Martin Luther King and protesting the Vietnam war. His writings here on prayer, God, prophecy, the human condition, and the spiritual life vividly communicate his instinct for the "holy dimension of all existence.