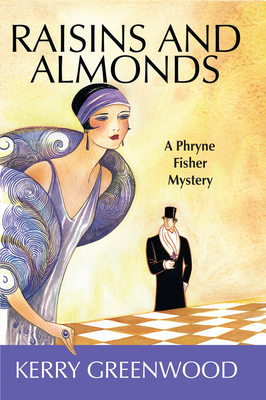 This is book number 9 in the Phryne Fisher Mysteries series.

"One of the more complex and somber cases in the career of Greenwood's Australian Jazz Age amateur sleuth Phryne Fisher." —Publishers Weekly

Phryne Fisher's contentment at the Jewish Young People's Society Dance is cut short when her dancing partner's father asks her to investigate the strange death of a devout young student in Miss Sylvia Lee's East Market bookshop. Miss Lee has been arrested for the murder, but Phryne believes that she is a very unlikely killer.

The investigation leads her into the exotic world of refugees, rabbis, kosher dinners, Kadimah, strange alchemical symbols, Yiddish, and chicken soup. Picking her way through the mystery, Phryne soon finds herself at the heart of a situation far graver and more political than she expected. And all for the price of a song....