Rebuttal: The CIA Responds to the Senate Intelligence Committee's Study of Its Detention and Interrogation Program (Paperback) 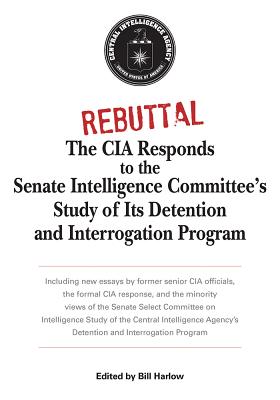 In December 2014, the Senate Select Committee on Intelligence (SSCI) released a 500+ page executive summary of a 6,000 page study of the CIA's detention and interrogation of al Qa'ida terrorists. In early 2015 publishers released the study in book form and called it the report on torture. Rebuttal presents the rest of the story. In addition to reprinting the official responses from the SSCI minority and CIA, this publication also includes eight essays from senior former CIA officials who all are deeply knowledgeable about the program - and yet none of whom were interviewed by the SSCI staff during the more than four years the report was in preparation. These authors of the eight essays are George Tenet, Porter Goss, Gen. Michael V. Hayden, USAF (Ret.), John McLaughlin, Michael Morell, J. Philip Mudd, John Rizzo, and Jose A. Rodriguez, Jr.