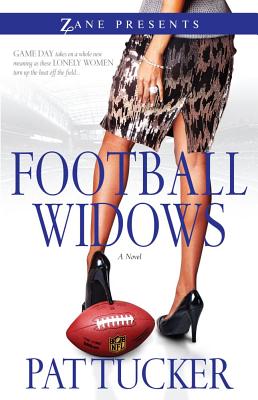 A glimpse into the secret and unique lives of the women behind NFL coaches—game day takes on a whole new meaning as these lonely women turn up the heat off the field.

During football season, when NFL coaches gear up for war on the gridiron, their wives are left to fend for themselves. NFL wife B.J. Almond has had enough. When she walks in to find her head coach husband in bed with one of his assistant coaches’ wives, she is livid. But what really sets her off is when she discovers the other wives knew about the affair all along. Now she’s furious and hungry for revenge. And what better way to exact that revenge than to air everyone’s dirty laundry in a juicy tell-all book.

B.J. knows where all the bodies are buried, and she’s digging up all the dirt. But before she starts writing, she’s running up the score with a lawsuit against her husband and his mistress. Armed with flight records, copies of naughty emails, phone records, and pictures, B.J. isn’t holding back. And neither are the other football wives, who will stop at nothing to keep their dirty secrets from going public.

By day, Pat Tucker works as a radio news director in Houston, Texas. By night, she is a talented writer with a knack for telling page-turning stories. She is the author of more than twenty books, including, Somebody Has to Pay, The Cocktail Club, Sideline Scandals, Party Girl, Daddy’s Maybe, and Football Widows, as well as the coauthor with Earl Sewell of Loyalty Among Friends and A Social Affair. She has also participated in three anthologies, including New York Times bestselling author Zane’s Caramel Flava. A graduate of San Jose State University, Pat is a member of the National and Houston Association of Black Journalists and Sigma Gamma Rho Sorority, Inc. She is married with two children.