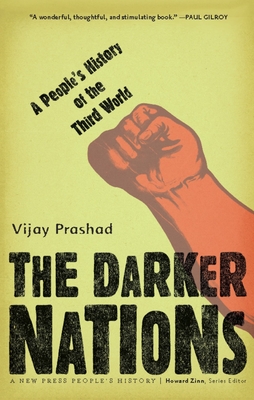 Here, from a brilliant young writer, is a paradigm-shifting history of both a utopian concept and global movement--the idea of the Third World. The Darker Nations traces the intellectual origins and the political history of the twentieth century attempt to knit together the world's impoverished countries in opposition to the United States and Soviet spheres of influence in the decades following World War II. Spanning every continent of the global South, Vijay Prashad's fascinating narrative takes us from the birth of postcolonial nations after World War II to the downfall and corruption of nationalist regimes. A breakthrough book of cutting-edge scholarship, it includes vivid portraits of Third World giants like India's Nehru, Egypt's Nasser, and Indonesia's Sukarno--as well as scores of extraordinary but now-forgotten intellectuals, artists, and freedom fighters. The Darker Nations restores to memory the vibrant though flawed idea of the Third World, whose demise, Prashad ultimately argues, has produced a much impoverished international political arena.

Vijay Prashad is director of Tricontinental: Institute for Social Research, editor of LeftWord Books, and the chief correspondent for Globetrotter. He is the author of The Darker Nations: A People's History of the Third World, Uncle Swami: South Asians in America Today, and co-author (with Noam Chomsky) of The Withdrawal (all published by The New Press), as well as Washington Bullets. The Darker Nations was chosen as a Best Nonfiction Book of the Year by the Asian American Writers' Workshop and won the Muzaffar Ahmad Book Prize. He lives in Santiago, Chile.