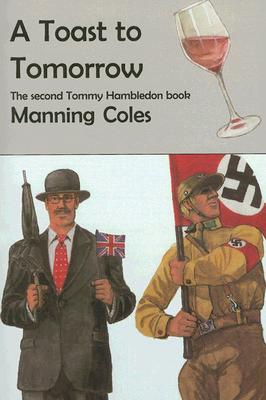 Book Sense March 2008 Notable Book Pick. Joseph Goebbels is fuming. It's the mid-1930s and the Nazi Minister of Propoganda has a nice little racket going. He and his cohorts are allowing Jews to slip out of Germany in return for 80 percent of their assets. But longtime Nazi party member Klaus Lehmann, the Chief of the German Police, is too much of a prig to let him get away with it. And given that Lehman was one of Hitler's earliest supporters, he's virtually untouchable. In the meantime, British Intelligence is going around in circles. Someone in Germany is sending them messages in a code that hasn't been used since World War I. When it was first published in 1941 in the U.S., A Toast to Tomorrow, along with its predecessor, Drink to Yesterday, was heralded by famed critic Anthony Boucher as a single long and magnificent novel of drama, intrigue and humor.