The Antiquities of the Jews (Paperback) 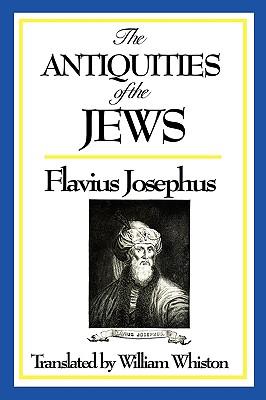 Collected here in one unabridged edition are all 20 books of Flavius Josephus' The Antiquities of the Jews. Antiquities of the Jews was first published in 94 AD, it is history of the Jewish people, written in Greek for Josephus' gentile patrons. It begins with the creation of Adam and Eve, and follows the events of the historical books of the Hebrew Bible, often adding information that we might not otherwise have today. This work, along with Josephus's other major work, The Jewish Wars, provides valuable background material to anyone wishing to understand first-century Judaism and the early Christian period.

"I have undertaken the present work . . . for it will contain all our antiquities, and the constitution of our government, as interpreted out of the Hebrew Scriptures. And indeed I did formerly intend, when I wrote of the war, to explain who the Jews originally were, -what fortunes they had been subject to, -and by what legislature they had been instructed in piety, and the exercise of other virtues, -what wars also they had made in remote ages, till they were unwillingly engaged in this last with the Romans. . ."-Flavius Josephus