Between Two Worlds: The Legend of Quanah Parker (Paperback) 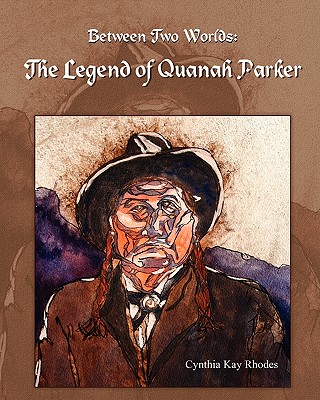 Before boundaries were drawn and states were born, there lived a man named Quanah Parker. He was half white and half Comanche but, in his heart, he was one hundred percent Comanche. In his youth, he fought in a battle against the white buffalo hunters known as the "Battle of the Second Adobe Walls." After he witnessed the death of a close Comanche friend, who was killed by a Tonkawa scout of the Texas Rangers, Quanah Parker declared war on Texans. Like his father before him, Quanah Parker was a warrior. Quanah Parker and his band of Kwahadi (Quohada) were the last Comanche tribe to come into Fort Sill Reservation. Wanting to reach the Indians on the reservation, and finding it hard for him and his white officers to do so, General Mackenzie used Quanah Parker as a bridge to link the deep valleys between the Comanche people and white cultures.