The World's Population: An Encyclopedia of Critical Issues, Crises, and Ever-Growing Countries (Hardcover) 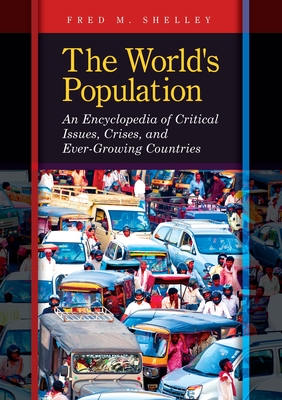 More than 100 alphabetically arranged entries focus on such topics as census, demography, megacity, overpopulation, and urban sprawl. Author Fred M. Shelley, an accomplished academic in the field of environmental sustainability, reveals the steps taken by major cities such as Rio de Janeiro, Paris, Tokyo, Beijing, Mexico City, Seoul, Manila, and New Delhi in handling their population, and what is being done in China and other countries to prevent overcrowding. The text includes a discussion of how factors like migration patterns, war, and disease impact population change. This comprehensive encyclopedia also includes primary document excerpts from court cases, legislation, and political speeches relating to population issues.

Fred M. Shelley is professor of geography in the department of geography and environmental sustainability at the University of Oklahoma.