Haiku: The Last Poems of an American Icon (Paperback) 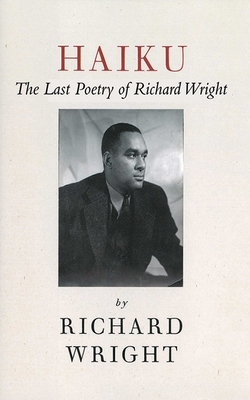 Here are over 800 haiku by Richard Wright, one of the early forceful and eloquent spokesmen for black Americans, author of the acclaimed Native Son and Black Boy.

Wright discovered the haiku in the last eighteen months of life. He attempted to capture, through his sensibility as an African-American, the elusive Zen discipline and beauty in depicting man’s relationship, not only to his fellow man as he had in the raw and forceful prose of his fiction, but to the natural world. In all, he wrote over 4,000 haiku.

Here are the 817 he personally chose; Wright’s haiku, disciplined and steeped in beauty, display a universality that transcends both race and color without ever denying them. Wright wrote his haiku obsessively—in bed, in cafes, in restaurants, in both Paris and the French countryside. They offered him a new form of expression and a new vision: with the threat of death constantly before him, he found in them inspiration, beauty, and insights.

Fighting illness and frequently bedridden, deeply upset by the recent loss of his mother, Ella, Wright continued, as his daughter notes in her introduction, “to spin these poems of light out of the gathering darkness.”