The Silent Heroes: A Memoir of Holland During World War II (Paperback) 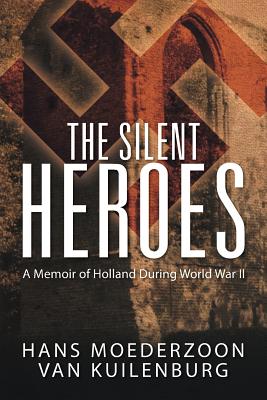 Author Hans Moederzoon van Kuilenburg was a 10-year-old girl living in Amsterdam when German soldiers invaded Holland in the spring of 1940. The Dutch had intended to stay neutral at the outbreak of the war, as their military was no match for the Nazi hordes. Within five days, Holland had fallen and the German occupation was underway. The five ensuing years were among the darkest chapters in Dutch history, culminating in the "hunger winter" of 1944, during which 30,000 Dutch citizens died of hunger and cold. Even today, people like the author, who grew up during that time, are more prone to heart attacks as a result of the physical stress of those years. But despite having capitulated so quickly in the face of the overwhelming might of the German war machine, there were many heroes in Holland during the occupation; people like the author's father, a civilian supervisor of marine supplies, who robbed the Germans blind and gave stolen food and clothing to Dutch people in need. Eventually his activities attracted the attention of the German authorities and he was imprisoned. Thankfully Hans' mother was able to stage a dramatic escape with the help of the family doctor. The Silent Heroes is a true story of heroism, survival and resistance during a time of fear, despair, and hardship. Hans Moederzoon van Kuilenburg was born in Amsterdam and immigrated to the U.S. in 1959. She had a distinguished career as a medical assistant before retiring. In addition to writing, she also does photography and sometimes exhibits her work. The Silent Heroes is her first book. Publisher's website: http: //sbpra.com/HansMoederzoonVanKuilenburg.