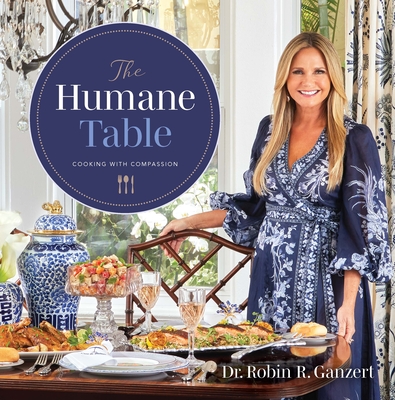 Delicious recipes for home chefs who are mindful about the welfare of animals ​Now, more than ever, we are conscious of where our food comes from. We want to support farmers and ranchers who do things right and care deeply about the well-being of their animals. In line with this holistic approach, Dr. Robin Ganzert, CEO of American Humane--America's first national humane organization-- has compiled delicious recipes featuring ingredients that are compassionately produced by farmers, ranchers, and other organizations that are American Humane Certified(TM). The recipes are constructed around the seasons-- summer, fall, winter, and spring--so that whether you are simmering a stew on a cold night or grilling out under balmy skies, you can set a humane table year-round. Compassion and love are the ingredients for a humane table--a setting where American Humane's shared values of treating animals with kindness, respect, and dignity are truly celebrated. If you're a home chef who supports these same principles, The Humane Table is for you.

Dr. Robin Ganzert serves as president and CEO of American Humane, the country's first national humane organization and the First to Serve the cause of animals, whenever and wherever they are in need of rescue, shelter or protection. Since her appointment in 2010, Dr. Ganzert has spearheaded unprecedented growth and transformational change at the historic nonprofit. American Humane is now the largest certifier of animal welfare in the world, overseeing the care of some one billion animals every year. Dr. Ganzert is the presenting host and executive producer of the long-running American Humane Hero Dog Awards(TM) national television special. She is also executive producer of the award-winning documentary feature film Escape from Extinction, narrated by Dame Helen Mirren, and author of Mission Metamorphosis (2020) and Animal Stars (2012). Regularly featured in the nation's leading news and media outlets as an authoritative voice on animal welfare, Dr. Ganzert has appeared on the TODAY Show, World News Tonight, CNN, Fox Business News, and Fox & Friends, among many other media appearances. Her perspective has been featured in leading newspapers, including the New York Times, the Wall Street Journal, the Washington Post, USA Today, the Chicago Tribune, the Los Angeles Times, and the Boston Globe.