Fumiko and the Finicky Nestmate (Paperback) 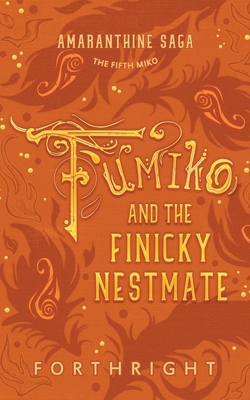 She could make a mess of everything. Especially him.

The Junzi-also known as the Four Gentlemen-are a set of ancient weapons fashioned from remnants. Dragons refer to them as the Four Storms, and Hisoka Twineshaft believes they will make a difference in the hunt for the rogue. But someone else is interested in gathering up these crystal masterpieces. The so-called Gentleman Bandit is responsible for two thefts already, and Hisoka is concerned for the Bamboo Stave. So he deploys an elite taskforce to guard the treasure. And to catch a thief.

Juuyu Farroost and his teammates regroup at a safehouse tucked under the boughs of one of the oldest-and most heavily fortified-orphan trees in the Americas. Fumiko and her tree-twin have enough rooms for all of them. If they can shift enough of the woman's clutter to set up their equipment. Juuyu's expertise is essential to the success of their mission, but he can barely focus thanks to Fumiko, her messes, and Akira, who apparently owes Boon a favor.