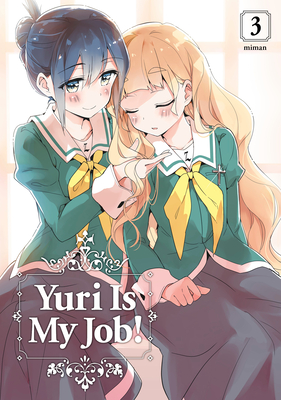 This is book number 3 in the Yuri Is My Job! series.

Liebe Girls Academy is gearing up for their annual Blume competition, where one girl will be elected as the model student who exemplifies the school's ideals. However, while the café buzzes with excitement, Kanoko slowly recedes into herself, unable to reconcile her deep longing for Hime with the pain of feeling left behind by her. Knowing how difficult mixing work and romance can be, a rambunctious upperclassman named Sumika reaches out to the troubled girl. The reaction Sumika gets, though, poses more problems than solutions.