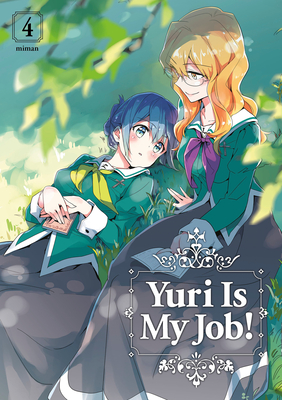 This is book number 4 in the Yuri Is My Job! series.

In order to maintain a peaceful workplace, Sumika tells Kanoko to give up on her crush. When Kanoko refuses, Sumika is cornered into sharing a cautionary tale about Liebe Girls Academy--one where a fellow staffer was hurt irrevocably. All the while, tensions and stakes are running high in the café as the manager reveals the Blume competition winner and Liebe's new summer uniforms!