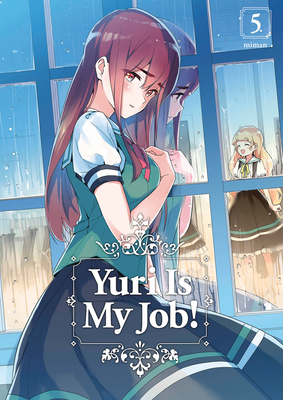 This is book number 5 in the Yuri Is My Job! series.

CAUGHT IN A WHIRLWIND

With the Blume competition behind them, the bonds between the schwestern have solidified. Now each member is gearing up for their respective birthday celebrations at Liebe Girls Academy! Business is booming as the café reintroduces staff-recommended teas and the like, but when Nene falls ill, Mai and Sumika take to the kitchen in her stead. Now understaffed, the salon is thrown into a frenzy, and Mitsuki and Hime's relationship might not make it out intact.