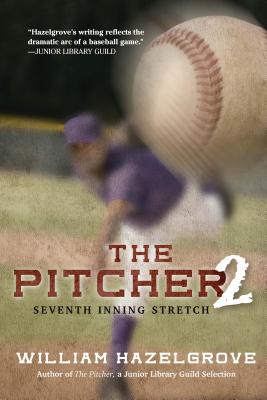 This is book number 2 in the Pitcher series.

Ricky Hernandez is now a senior and all seems to be going well until a new pitcher moves into town from Texas who can pitch almost a hundred miles an hour. MLB Scouts have been snooping around but now Ricky's future is in jeopardy with the fireball pitcher Bailey Hutchinson on the team. When he beats Ricky out of his starting spot and his violent father Fernando returns it seems his dream to become a Major League Pitcher is gone. Ricky returns to the field with The Pitcher to relearn the art of pitching one more time.

William Hazelgrove is the best-selling author of five novels; Ripples, Tobacco Sticks, Mica Highways, Rocket Man, and The Pitcher. His books have received starred reviews in Publishers Weekly, Book of the Month Selections, Junior Library Guild Selections, Booklist Editors Choice Awards, and optioned for the movies. He was the Ernest Hemingway Writer in Residence where he wrote in the attic of Ernest Hemingway s birthplace. He has written articles and reviews for USA Today and other publications and has been featured in The New York Times, LA Times, Chicago Tribune, and on All Things Considered. He runs a political cultural blog, The View from Hemingway s Attic. He lives in Chicago. A new novel, Jack Pine, will be released in the spring of 2015. Visit him at: williamhazelgrove.com."