The Kuzari: An Argument for the Faith of Israel (Hardcover) 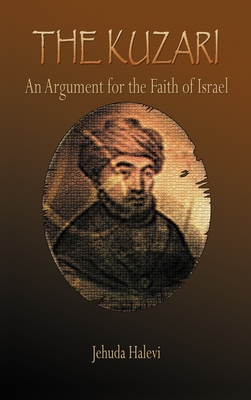 The Kuzari is one of the basic books of Jewish literature, a required text in the library of every educated Jew--and of every educated Christian who would understand the religion of Israel. The author, foremost poet and thinker of the Jewish Middle Ages, offers clear and usable delineations of the religion of Israel. In the easy style of a Platonic dialogue, he presents first a critique of Christianity and Islam, and then explores the nature of Israel's first religious faculty, the question of the "chosen" people, the implications of a "minority religion." Against those who accommodate to prevailing philosophical trends, Judah Halevi is blunt, frank and uncompromising in his discourse on the central teachings of Judaism: revelation, prophecy, the laws, the Holy Land, and the role of the Jewish people as spokesman for religious faith.

Take a front seat in the debate arena as the sharpest minds debate on the fundamentals of religion, faith, and a diverse range of basic Jewish concepts. It took the esteemed 12th-century sage, Rabbi Yehudah HaLevi twenty years to complete this work. In its unique question-and-answer format it records an ongoing dialogue between the 8th-century king of the Khazars and a Rabbi. The depth and scope of the ideas discussed in this book are nothing short than brilliant, and the reader cannot help but be awed at the authoritative, wide-ranging virtuosity of Rabbi Yehudah HaLevi as "the rabbi" in the debate confidently repudiates the arguments of Judaism's detractors and demonstrates the superiority of Torah over any other religion or belief system.