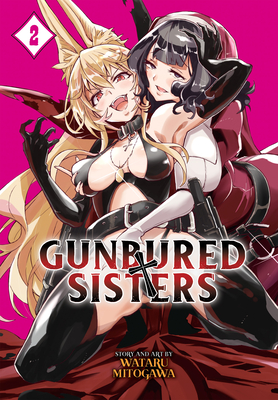 This is book number 2 in the GUNBURED × SISTERS series.

NUNS OUT, GUNS OUT

Humanity is threatened by a scourge of supernatural beings known as the Grotesques. Dorothy, a nun of the Crimson Sisters, is tasked with their destruction. Now that she has taken half-vampire Maria under her wing to wield her as a weapon against the horde, they take up arms and stalk their quarry relentlessly. After days on the prowl, they pick up the trail of a high-ranking vampire who will test Maria’s powers and her aim to the absolute limit!