The Trail to Restoration: A Classic Western Series (Paperback) 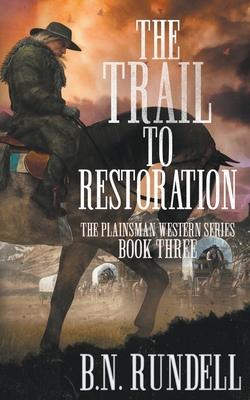 BEST-SELLING AUTHOR B.N. RUNDELL TAKES YOU ON A FAST-RIDE IN A WESTERN CLASSIC LIKE YOU'VE NEVER SEEN BEFORE.

It was new country, beautiful and wild and full of challenges.

When Reuben chose to start the new chapter of his life with a partner, he had no inclination as to the trials that would come. The sight of a war party of Cheyenne Dog soldiers caught their attention when they saw two captive white women, and Elly's insistence that they free them was the beginning of those challenges. A confrontation with four bandits that wanted the women presented another challenge, but when a federal Marshall and the owner of the Overland Stage line challenge Reuben with the task of securing a gold shipment from the gold fields of Colorado and get it to the Union forces while Rebel recruits want it for the Confederacy, raises the stakes in his new role. Add in an attack by outlaws teamed up with renegade Arapaho and Cheyenne, some desperado prospectors, and a handful of confederate deserters, Reuben and Elly have their work cut out for them...

But when they think they've got it handled, two orphaned urchins tug at their heartstrings and complicate matters even further.