Awaiting The Dawn: My Life in a Nazi Concentration Camp (Hardcover) 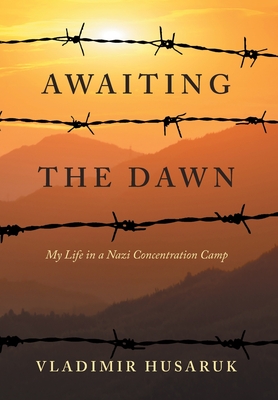 In addition to the atrocities committed by the gestapo against the Jews, thousands of Christians were also arrested and enslaved in German work camps. In 1944, while on a train from Cracow, Poland, to Vienna, Austria, Rev. Vladimir Husaruk was arrested for being a "religious agitator." He was carrying a suitcase with fifty-two New Testaments to distribute to Slavic Christians who had been arrested and enslaved by the German gestapo. He spent the remainder of WWII in two prisons, including Montelupich, known for its tortures and executions, and two Nazi concentration camps, Gross-Rosen and Hersbruck, before being released by American soldiers in April 1945. His story of incredible faith and resilience in the face of death, starvation, and inhumane treatment culminates in a three-hundred-mile bicycle ride through Germany to be reunited once again with his family.