That Time I Got Reincarnated as a Slime: Trinity in Tempest (Manga) 3 (Paperback) 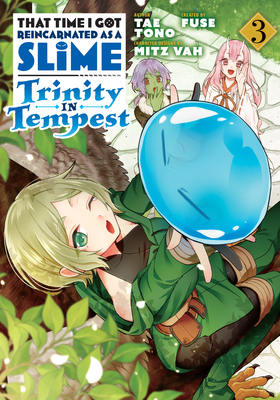 This is book number 3 in the That Time I Got Reincarnated as a Slime: Trinity in Tempest (Manga) series.

BARRIER REAVE
An eerie barrier surrounds Tempest, and townspeople begin falling to the ground, one after another, only for merciless human soldiers to attack them! The trinity of Phos, Stella, and Nemu race through the bloodied town. Can this curious trio bring peaceful days of smiles and good cheer back to this industrious land of monsters? The infamous disaster that befalls Tempest is retold from the Trinity’s point of view, in this third volume, with story and supervision by series creator Fuse!