That Time I Got Reincarnated as a Slime: Trinity in Tempest (Manga) 4 (Paperback) 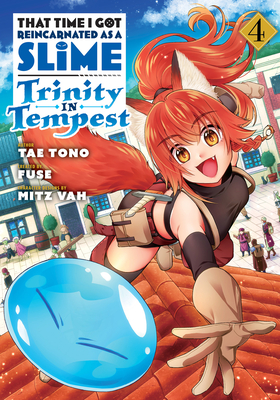 This is book number 4 in the That Time I Got Reincarnated as a Slime: Trinity in Tempest (Manga) series.

So many monsters have lost their lives at the hands of the Falmuth army! Phos and the rest of the Trinity feel guilty for failing to protect them. Lord Rimuru, bereft because of Shion's death, secludes himself for four days, then makes a momentous announcement. "I shall become Demon Lord!"