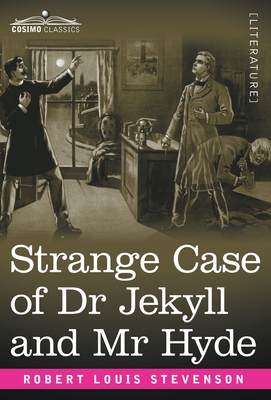 Strange Case of Dr Jekyll and Mr Hyde (1886) is one of the most classic horror stories of all time, by Robert Louis Stevenson. It tells the story of John Gabriel Utterson, a London lawyer, who investigates strange events surrounding his old friend, Dr Henry Jekyll, and the evil Edward Hyde, who turn out to be two alter egos of the same person. "Jekyll and Hyde" has now become a popular idiom describing someone with a split personality: outwardly good, but inwardly evil.

This jacked hardcover edition of this gothic novella is a must-read for fans of Robert Louis Stevenson and horror stories.