The Descent of Celia (Paperback) 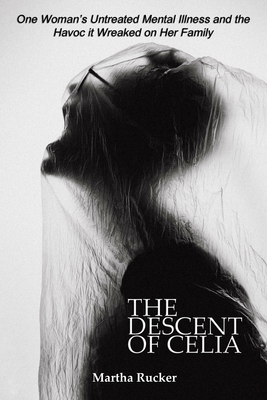 The main character, Celia, exhibited aberrant behavior from an early age, killing a baby chick because it wouldn't be quiet before she was two years old. She later killed, maybe accidentally, her baby sister for the same reason. In both cases, she displayed an eerily innocent lack of understanding.

Jealous and resentful, she felt disconnected when she felt displaced by a new baby. Years later, when an older brother got sick, she was jealous and resentful. She didn't like the attention he was getting. Seeing her parents caring for the brother, she blurted out, "Why are you bothering? He's going to die, maybe even tomorrow." She showed no emotion when that brother died. Her main concern at his funeral was, being seated on the second row and not upfront with her parents. She felt displaced by her older sister and another younger sister born after the other baby 'died.'

Some family members noticed that something wasn't quite right, but they couldn't believe it and accepted, excused, and tolerated the behavior, enabling it to continue. She did not get help early enough to stop her spiral. Then it seemed to be too late.

Because no one stopped her, she went on to abuse many family members. Her HUSBAND she abused, threatened, and manipulated, beginning after the birth of their first child. Her MOTHER had a stroke, perhaps because of her behavior. She abused and neglected her helpless mother.

Her SIBLINGS talked soothingly when they were around her but never challenged her. Eventually, they pulled away for fear of her rages.

Her CHILDREN she controlled, manipulated and constantly threatened them with what she would do if they crossed or criticized her. They eventually also pulled away.

Ruling with fear of her behavior was how she functioned.

She descended checked into the darkness of bipolar, paranoid schizophrenic, psychotic behavior, coupled with bouts of extreme depression and suicidal tendencies. She ended up being a danger to herself as well as others. Shooting into the ceiling when the house creaked, at school buses filled with noisy kids and neighbors laughing in their own yards. Even the town sheriff was reluctant to approach her

Finally, she had to be committed.