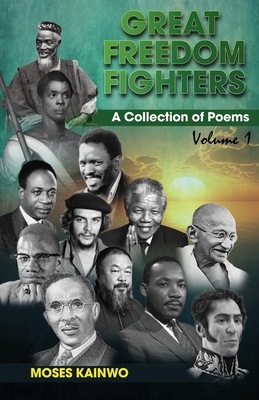 The liberation struggles and the civil rights activisms of the 19th and 20th centuries inspired Moses Kainwo's Great Freedom Fighters, reimagining and imaging twelve of such liberators in this collection of poems. From the politically, rationalist activism of Sim n Bol var to the anti-ethnicism of Mahatma Gandhi, Martin Luther King Jr., etc. A thoroughly documentary list of poems that rationalist thinkers will relish. Philip Foday Yamba Thulla, PhD., Njala University. Moses was born in Sierra Leone in 1955, and is an ordained minister living and working in his country. He enjoys the company of his two daughters and their children especially after the death of his wife. He writes for both children and adults and has been published in anthologies. He published an earlier version of poetry entitled Ayo Ayo Ayo and other Love Songs in 1915. He has worked with others to promote writing in Sierra Leone. Some of his poems were published in the German language plus a children's story book published in French.