I Never Promised You a Rose Garden (Hardcover) 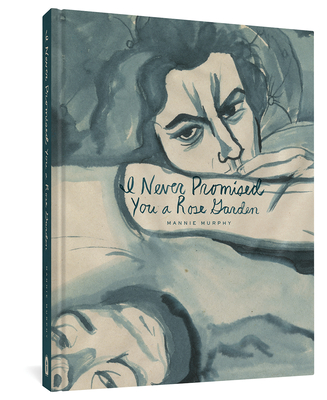 In this graphic novel, what begins as an affectionate reminiscence of the author’s 1990s teenage infatuation with the late actor River Phoenix morphs into a remarkable, sprawling account of the city of Portland and state of Oregon's dark history of white nationalism.

Mannie Murphy is a gender queer Portland native. This work of graphic nonfiction, told in the style of an illustrated diary, begins as an affectionate reminiscence of the author’s 1990s teenage infatuation with the late actor River Phoenix but morphs into a remarkable, sprawling account of the city of Portland and state of Oregon's dark history of white nationalism. Murphy details the relationship between white supremacist Tom Metzger (former KKK Grand Wizard and founder of the White Aryan Resistance) and the "Rose City" street kids like Ken Death that infiltrated Van Sant's films -- a relationship that culminates in an infamous episode of Geraldo. Murphy brilliantly weaves 1990s alternative culture, from Kurt Cobain and William Burroughs to Keanu Reeves and the Red Hot Chili Peppers, with two centuries of the Pacific Northwest's shameful history as a hotbed for white nationalism: from the Whitman massacre in 1847 and the Ku Klux Klan's role in Portland's city planning in the early 1900s to the brutal treatment of Black people displaced in the 1948 Vanport flood and through the 2014 armed standoff with Cliven Bundy's cattle ranch. In Murphy's personal reflections and heart-racing descriptions of scenes like infamous campfire kiss in My Own Private Idaho, the artist's story becomes a moral anchor to a deeply amoral regional history and marks the incredible debut of a talented new voice to the graphic medium.

Mannie Murphy is an artist who lives in Portland, Oregon.

This crucial, original work relates a local history with candor and insight and is a gem not to be missed. It uses the book's complete form — its sensitive art, its skilled storytelling, its mistakes and indie structure — to capture a dark tale of youth via the observations of a wise narrator recalling what happened both as an adult now and, uniquely, as a kid when it went down.
— Lambda Literary

The book’s visual style is stunning and just spot-on in conveying the gloomy menace of Murphy’s world. This is the work of an important new voice in the graphic storytelling medium.
— Newcity Lit

Rose Garden makes the past feel real with its accessible, emotionally driven storytelling.

An avowedly queer romp through the illusions of the liberal, prosperous and substantially mythical ‘Portlandia’, aka Portland, Oregon. Rose Garden is a testament of our times.

This is a graphic novel to be savored slowly, that invites reflection on the story of Portland and its complicated racially discriminatory practices and foundations.
— Fresh Fruit Magazine

Both a page turner and an education. ... The expansive scope totally works thanks to Murphy’s beautiful ink-on-newsprint drawings.
— NPR: Best Books of 2021