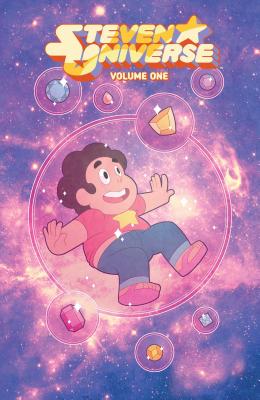 This is book number 1 in the Steven Universe series.

In all new adventures in the world of Cartoon Network’s Steven Universe, Steven helps a baby songbird find its mother, takes part in a food truck competition, attends a Renaissance Faire, and visits possibly the scariest place of all--the Prom!

Writer Melanie Gillman (As the Crow Flies) and artist Katy Farina (The Amazing World of Gumball) team up for the start of new adventures with Steven, the Crystal Gems, and all of Beach City.

Rebecca Sugar is an American animator, director, screenwriter, producer, and songwriter. She is well known for creating the Cartoon Network series Steven Universe, which has made her the first woman to independently create a series for the network. Sugar was formerly a writer and storyboard artist on the animated television series Adventure Time, until 2013. Her work on the two series has earned her five Primetime Emmy Award nominations.