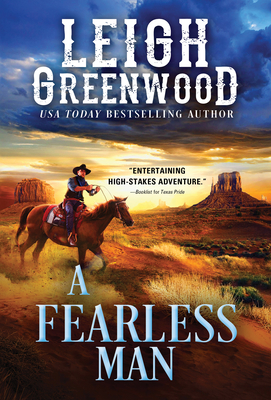 This is book number 4 in the Seven Brides series.

USA Today Bestselling author Leigh Greenwood takes us back to the lawless days of the Wild American West in this sweeping, epic story about:

As the sheriff of Sycamore Flats, Hen Randolph has seen just about everything this lawless land has to offer. Quick in the saddle and quicker on the draw, he's cultivated a reputation for being a ruthless sharpshooter--and an unapologetic loner. Hen's had more than his fair share of complications and is happiest keeping his distance from the world. The trouble is, sometimes the world refuses to keep its distance from him.

Laurel Blackthorne knows what dark and dangerous men are capable of, and she'll be damned if she lets another near her or her son again. But the sheriff seems different--an honest man despite his prickly exterior--and perhaps her only hope of saving herself from a dark past that refuses to let go.

When danger comes calling, can she find it in herself to trust a man who always shoots true? And can this independent loner be convinced that he's ready for something truly worth fighting for?