The Bridge to the New Testament: A Comprehensive Guide to the Forgotten Years of the Inter-Testament Period (Paperback) 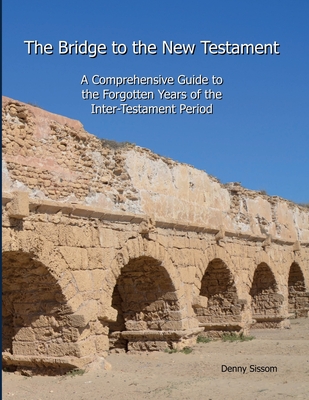 The time between the historical end of the Old Testament and the beginning of the New Testament was approximately 420 years. Bible-study classes rarely cover this "forgotten" time, yet understanding this history is critical to our comprehension and appreciation of the New Testament. Furthermore, it was the inter-testament period that gave birth to who we are today--our politics, laws, science, mathematics, institutions, and even the values and philosophies we hold dear. Western civilization undoubtedly would be different today if not for the Jews, Greeks, and Romans and their contributions to society.

What happened "between the testaments," before the birth of Jesus, and what is the back-story of his world? Who was Herod the Great, and what influence did he have during this time? What events gave birth to the sects of the Pharisees and Sadducees? Which empires and rulers controlled Judea during this period? Answers to these questions and more are in The Bridge to the New Testament. Discover the following topics in-depth:

- Alexander the Great and His Successors

- The Roman Republic and Its Notable Leaders

- The Greek, Ptolemaic, and Seleucid Empires

- The Maccabean and Hasmonean Dynasties

- The Prefects, Procurators, Kings, Governors, and Legates of Judea

- Herod the Great and the Herodian Dynasty

- Science and Engineering of the Period

- The Roman Empire, Its Military, and Its Emperors

- Apocryphal and Religious Writings of the Period

- The Money of the Inter-Testament and New Testament

- The Sects, Politics, and Institutions of the Jews

- The Genealogies of Jesus

- The Roman Conquest of Jerusalem and Masada

- The Spread of the Gospel by the Apostles

Have you examined the front cover carefully? If you look closely, you will see we have added eight words to the picture--a few institutions, people, sects, and nations that helped build the bridge to the New Testament.

Where to find these hidden words, answer books, PowerPoint slides, a detailed history of the period, book excerpts, ancient money calculators, and much more are available on TheBridgeToTheNewTestament.com.