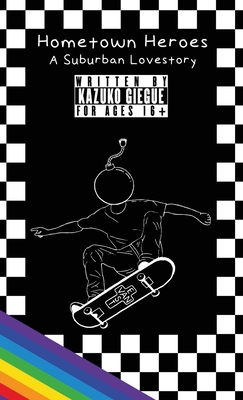 Inspired in equal measures by revolutionary novelists such as Osamu Dazai, and DIY music legends like Jeff Rosenstock, Kazuko Giegue presents a cutting, honest narrative about trying to find your identity in a world that loathes differences. It's a beautifully mundane exploration of growing up in an era of rapid cultural change, right in the heart of the Pacific Northwest.

Follow the slow collapse of a teenage boy, fresh out of college after being expelled, as he tries to figure out who he is while coping with the harsh reality that the small town he grew up in isn't really the suburban paradise he was raised to believe.