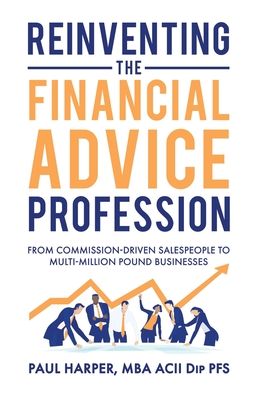 A study of the UK Financial Advice profession over 40 years.

The 1980s were the glory days for financial advisers. The promise of flash cars, incentive trips and high commission cheques drove the profession. There were no barriers to entry. You could sell double glazing one week and be a financial advisor the following Monday.

Through to the 2000s, it was "sell sell sell". Although this was great for the commission hungry financial adviser, it didn't give any longevity to the industry. In reality, a financial advisor's income was only as good as his or her last commission cheque, and the major focus was on winning new business rather than servicing and supporting existing clients.

During this time, the Financial Services Act started to change the profession, which led to an 89% decline in advisor numbers. Financial planning businesses had very little value. Most had self-employed advisors from whom the business skimmed off some commission and a percentage paid to brokers for introductions.

In reality, the industry had been in decline for 25 years. But it wasn't until 2013 until the tipping point happened. The Retail Distribution Review (RDR) led to a further drop of 25% financial advisors in the three months after, as advisors saw the lost earning potential and chose not to take the qualifications required to continue.

The profession appeared to be on the edge of extinction. But it survived by a narrow squeak. It took a further 10 years for the industry to stabilise and start over again. And today, a typical small financial advice business could be valued in the millions.

Written for financial advisors, if you are new to the industry, my goal is for you to realise that the industry hasn't always been like it is now and to see how the past has impacted what happens today.

If you've been in the business for decades, it will give you a great trip down memory lane, stir up some memories and you may well think "those were the days".

Using real life examples from my 35+ years in the industry, with stories from others who have lived through it, I explain what happened and why, how the market deteriorated and almost collapsed before its saviour arrived when least expected.

In this book I explain how and why this has happened as well as attempting to address the question: Where do we go from here?

I'm not promising you all the answers, but this book gives you a fighting chance of succeeding.