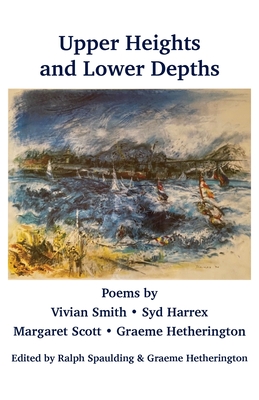 The four poets in this collection were born in the 1930s: Vivian Smith at Hobart in 1933; Margaret Scott at Bristol in the United Kingdom (1934); Syd Harrex at Smithton (1935) and Graeme Hetherington at Latrobe (1937). Apart from Gwen Harwood (born in the previous decade), these four writers made one of the most extensive contributions to Tasmanian poetry in the last decades of the twentieth century. Collectively, over one thousand of their poems have appeared in magazines and selected works from 1950 to the present day, and thirty-three editions of their poetry have been published (eleven by Smith, eight by Hetherington and seven by both Scott and Harrex).