A Cave in the Clouds: A Young Woman's Escape from Isis (Paperback) 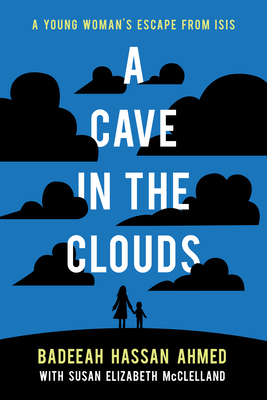 Badeeah Hassan was just 18 when she witnessed firsthand the horrors of the 2014 genocide of the Ezidi people by ISIS forces. Captured by ISIS, known locally as Daesh, Badeeah was among hundreds forced into a brutal human trafficking network made up of women and girls of Ezidi ethnicity, a much-persecuted minority culture of Iraq. Badeeah's story takes her to Syria where she is sold to a high-ranking ISIS commander known as Al Amriki, the American, kept as a house slave, raped, and routinely assaulted. Only the presence of her young nephew Eivan and her friend Navine, also prisoners, keeps her from harming herself. In captivity, she draws on memories and stories from her childhood to maintain a small bit of control in an otherwise volatile situation. Ultimately, it is her profound sense of faith and brave resistance that lead her to escape with Eivan and reunite with family.

Since her escape, Badeeah has brought her harrowing story of war and survival to the world's stage, raising awareness about the little-known acts of genocide against her culture and the strength of a people unknown to many around the world. This captivating account of courage extends beyond the confines of her experience; Badeeah's story is about the resilience of women, girls, and persecuted groups everywhere in the face of seemingly insurmountable oppression.