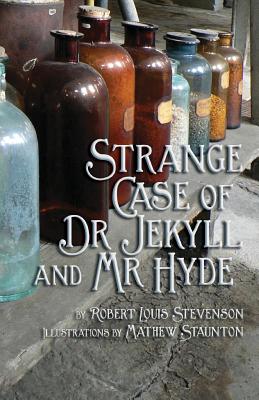 "He had in his hand a heavy cane, with which he was trifling; but he answered never a word, and seemed to listen with an ill-contained impatience. And then all of a sudden he broke out in a great flame of anger, stamping with his foot, brandishing the cane, and carrying on (as the maid described it) like a madman. The old gentleman took a step back, with the air of one very much surprised and a trifle hurt; and at that Mr Hyde broke out of all bounds and clubbed him to the earth. And next moment, with ape-like fury, he was trampling his victim under foot and hailing down a storm of blows, under which the bones were audibly shattered and the body jumped upon the roadway." --- A horrifying tale of terror that will bewilder and amaze its readers. Forget the light renditions of it that you have seen in films and gather your courage to venture into the psychological terror of Jekyll and Hyde. It is in London England that the novel is supposedly set, but every page is drenched in the mysterious atmosphere of Edinburgh-where Robert Louis Stevenson was born. Is it a Freudian fable, a morality parable or a sexual allegory? Its up to you to decide.