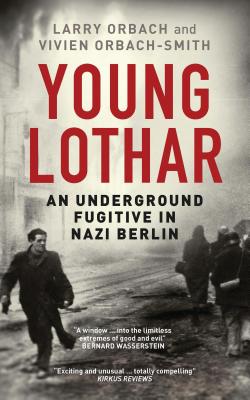 Lothar Orbach, the youngest son of a German Jewish family, was just 14 when the Nazis began rounding up Berlin's Jews. His promising education was aborted; his close-knit family splintered. When the Gestapo came for Orbach's mother on Christmas Eve 1942, they escaped with false papers; his mother found sanctuary with a family of Communists and Orbach-under the assumed identity of Gerhard Peters-entered Berlin's underworld of "divers." He scraped a living by hustling pool, cheating in poker and stealing-fighting, literally, to stay alive. Outwardly he became a cagey amoral street thug, inwardly he was a sensitive, romantic boy, devoted son and increasingly religious Jew, clinging to his humanity. In the end, he was betrayed and sent to Auschwitz, on the last transport, in 1944. This singular coming of age story of life in the Berlin underground during WWII is, in essence, a story of hope, even happiness, in the very heart of darkness.

Larry (Lothar) Orbach (1924-2008) grew up in Berlin and assumed the identity of Gerhard Peters from 1942-44. He spent the last year of the war in Auschwitz and emigrated to New York in 1946. Settling in New Jersey, Larry Orbach set up a jewellery business and, with his wife Ruth Geier-also a refugee from Nazi Berlin-they had two children, Vivien and Richard. True to his word, Larry Orbach's mother, Nelly, lived with him and his family until her death at age 83 in 1969. Larry's final years in his beloved New York were full and surrounded by friends from all walks of life.