The Political Logic of the US-China Trade War (Hardcover) 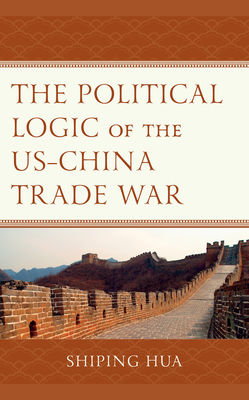 This is the first comprehensive study by the world's leading scholars about the political logic of the U.S.-China trade war that started during the Trump administration. The book is divided into three parts. The first part looks at changed leadership styles of the two countries in the last few years. It also examines the liberal international order since World War II in which the trade war emerged. It then explores the theoretical perspectives from both the United States and China that are related to the trade war. The second part is about the domestic factors that impacted on the trade war from China's perspective. These factors include China's institutional adaptation of the new international environment, the radicalization of the Chinese political discourse, and Big Power Diplomacy. The third part explores the U.S. domestic factors that impacted the trade war, such as the Trump administration's different China policy in general, the role played by the U.S. Congress, business lobby, and the transition of foreign policy from a Wilsonian World Order to Jacksonian Nationalism.

Shiping Hua is Calvin & Helen Lang Distinguished Chair in Asian studies, director of Asian Studies Program and professor of political science at the University of Louisville.