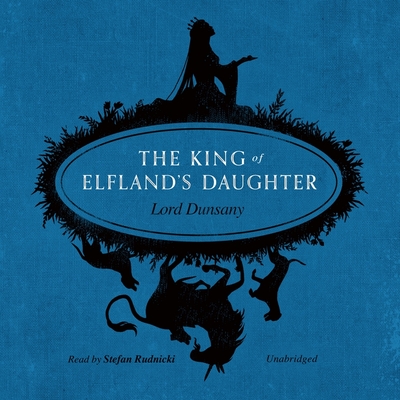 By Lord Dunsany, Stefan Rudnicki (Read by), Claire Bloom (Director)
$29.95
This item is backordered. Please contact us for an estimated availability date.

A masterpiece of fantasy literature that shaped the high fantasy genre and influenced such authors as J. R. R. Tolkien and H. P. Lovecraft

After seven hundred years of being ruled by man, the Parliament of Erl is ready to be ruled by a magical lord. Obeying the immemorial custom, the lord of Erl sends his son Alveric to fetch the King of Elfland's daughter, Lirazel, to be his bride. Alveric makes his way to Elfland, where time passes at a rate far slower than the real world, wins her hand, and they return to Erl together.

Alveric and Lirazel marry and have a son, but marriage between a mortal and a fairy princess is never simple. Lirazel struggles to adapt to the customs of humans. Torn between two worlds, Lirazel must decide whether to return to her home and live forever, or remain in Erl with her husband and son, doomed to die a mortal death. Meanwhile, the King of Elfland, missing his daughter greatly and fearing her demise, must utilize his limited sources of magic in order to get her back.

The King of Elfland's Daughter is a love story for the ages and a fairy tale in the truest sense of the word. First published in 1924, it remains one of the most beloved novels of the genre.