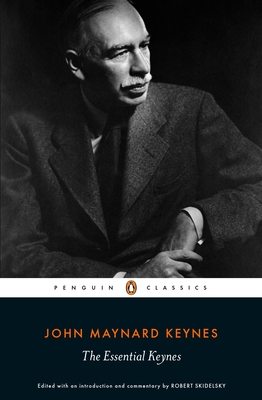 The essential writings of the 20th century’s most influential economist, collected in one volume

Today, John Maynard Keynes is best remembered for his pioneering development of macroeconomics, and for his advocacy of active fiscal and monetary government policy. This uniquely comprehensive selection of his work, edited by Keynes’s award-winning biographer Robert Skidelsky, aims to make his work more accessible to both students of economics and the general reader. All of Keynes’s major economic work is included, yet the selection goes beyond pure economics. Here too are Keynes’s essential writings on philosophy, social theory and policy, and his futurist vision of a world without work. As Robert Skidelsky writes in his introduction: “People talk of the need for a new Keynes. But the old Keynes still has superlative wisdom to offer for a new age.”

For more than sixty-five years, Penguin has been the leading publisher of classic literature in the English-speaking world. With more than 1,500 titles, Penguin Classics represents a global bookshelf of the best works throughout history and across genres and disciplines. Readers trust the series to provide authoritative texts enhanced by introductions and notes by distinguished scholars and contemporary authors, as well as up-to-date translations by award-winning translators.

John Maynard Keynes (1883–1946) is widely considered to have been the most influential economist of the 20th century. His key books include The Economic Consequences of the Peace (1919); A Treatise on Probability (1921); A Tract on Monetary Reform (1923); A Treatise on Money (1930); and his magnum opus, the General Theory of Employment, Interest, and Money (1936).

Robert Skidelsky is Emeritus Professor of Political Economy at the University of Warwick, England, and a member of the House of Lords. His three-volume biography of Keynes received numerous awards, including the Lionel Gelber Prize and the Council on Foreign Relations Prize.

“The essential Keynes cannot be sketched in a chart or mechanized, and we are the worse for it. But Robert Skidelsky has done us a service by putting it in a handy book.” – The Times Literary Supplement