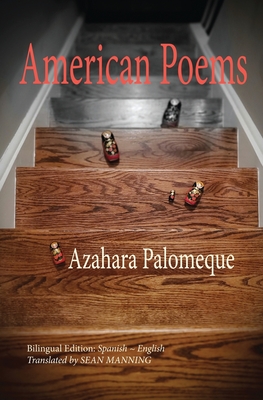 How does it feel to confront a foreign world while speaking a strange language? Can an immigrant ever overcome the nostalgia for the lost country, for the family and friends who were left behind, for the old self that used to be? American Poems describes the deep sense of uprooting that permeates the immigrant experience, and the nuances of a wound which never heals but keeps changing its appearance and meaning as time goes by. Through a rich, witty imagery taken from her surroundings -the snow, the Canadian geese who console the author in her gelid nights-, as well as a careful elaboration of musicality, the fragmented body faces a cultural landscape seen for the first time while adapting to a territory that reveals always uneasiness for the new comer. Originally titled American Poems in its Spanish version, this book narrates the process of becoming someone else from the beginning of a journey that still continues. In its pages, the reader will learn about the arrival moment, with multiple checkpoints and stamps that mark the lyric voice's identity; about the tough winters and recently embraced work rhythms; about the causes of displacement -the 2008 financial crisis- and their most intimate consequences, all of that expressed with meticulously crafted lines that speak to the mastery of the Hispanic poetic tradition. It is a book that will leave no one indifferent, everyone interrogating their own belonging and displacements.