Suffled How It Gush: A North American Anarchist in the Balkans (Paperback) 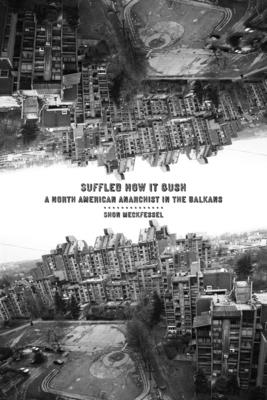 Shon Meckfessel appropriates the peculiar slogan of an Albanian mineral water company as the title for this uniquely intellectual book. Equal parts journalism, history, and personal memoir, Suffled How it Gush records Shon's travels throughout ex-Yugoslavia and the greater Balkans region, chronicling the beauty of an area too renowned for its ugliness.

"Shon Meckfessel bathes in undercurrent discourses and points us to Balkan dynamics contradicting the nationalist loyalties that distort people's lives. Rather than making ethnic claims or endorsing any hierarchy, he clarifies existing struggles against states and points toward a region free of domination." --George Katsiaficas, activist and author of Subversion of Politics: European Autonomous Social Movements and the Decolonization of Everyday Life "Shon Meckfessel takes on the impossible task of unraveling the cultural and political mysteries and incongruities of the post-war Balkans, a world where dictionaries are constantly rewritten and Vegeta on every shelf represents 'globalization as hope.' In a landscape torn by racism and violence, he finds truth and beauty emerging from old men without socks, bottles of rakija, clouds of pigeons over Sufi booksales, and punk rock love amidst crushed mint." --Kari Lydersen, author of Revolt on Goose Island and co-author of Shoot an Iraqi: Art, Life and Resistance Under the Gun " Shon] is a perfect collector of the ruminatings of the denizens of the Balkans as they wrestle with the difficulties--imposed and organic--of polyethnicity. Meckfessel's patient portraits, which delve deeply into the illogic of the nation-state itself, deserve wide readership." --Daniel Burton-Rose, co-editor of Confronting Capitalism "This work reads like a novel, but it's real journalism; Shon went hunting for truths and brought them back for us." --Michael Muhammad Knight, author of The Taqwacores and The Five Percenters: Islam, Hip Hop, and the Gods of New York

Shon lives between Portland, OR and Zagreb, Croatia working as a web designer and teacher of English. He is a contributor to Confronting Capitalism (Soft Skull, 2004). Shon has spent many years in the Balkans and decided to write this book due to the extreme confusion and misunderstanding his friends back home harbor about the region.