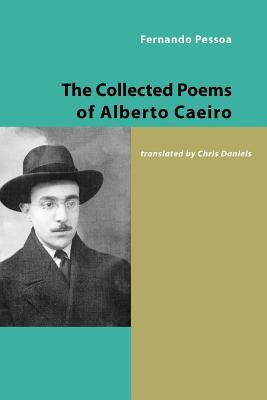 This is the only integral collection of Pessoa's Caeiro heteronym in English, and the poems are accompanied by the introductions of Ricardo Reis and a memoir by lvaro de Campos, two of Pessoa's other major poetic heteronyms, as well as a poem dedicated to Caeiro by Coelho Pacheco, believed by many commentators to be another one-off heteronym. Ricardo Reis says: "Alberto Caeiro da Silva was born in Lisbon on April 16, 1889, and died of tuberculosis in the same city on (. . .), 1915. He spent nearly all his life in a village in Ribatejo, and only returned to the city of his birth in his final months. In Ribatejo he wrote nearly all his poems . . ." Fernando Pessoa was educated in English in Durban, as the stepson of a Portuguese diplomat, and was completely bilingual. During his lifetime he was to publish only one collection of his poems in Portuguese, although many appeared in literary journals, under a number of alter egos, or heteronyms, chief amongst them Alberto Caeiro, Alvaro de Campos and Ricardo Reis. At his death in 1935, Pessoa left more than 20,000 manuscripts - poetry and prose - in a large trunk, the contents of which are still being transcribed and deciphered to this day. He is the greatest modern poet in the Portuguese language, but always considered himself a poet in the English tradition.