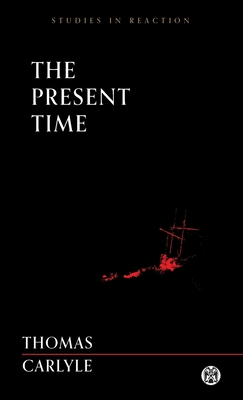 In The Present Time, Carlyle takes aim at modernity. This essay was, even in its time, seen as so blistering that the Southern Literary Messenger described its contents as "purely monstrous, and the most elaborate argument would not place their monstrosity more clearly before the reader, than the simple enunciation of them." We present it here with another of Carlyle's essays.

Carlyle influenced not only fascism but socialism, and in The Modern Worker he grants the worker his essential nobility and savagely critiques laissez-faire economics. He folds his anti-capitalism into the critique of modernity given in The Present Time-whatever system man places himself under, it must conform to "a set of conditions already voted for, and fixed with adamantine rigour by the ancient Elemental Powers."

As Carlyle is known for coinages and obscure references, this volume offers a comprehensive glossary of terms. For many readers, this will be the first time they have fully grasped this titanic intellect.